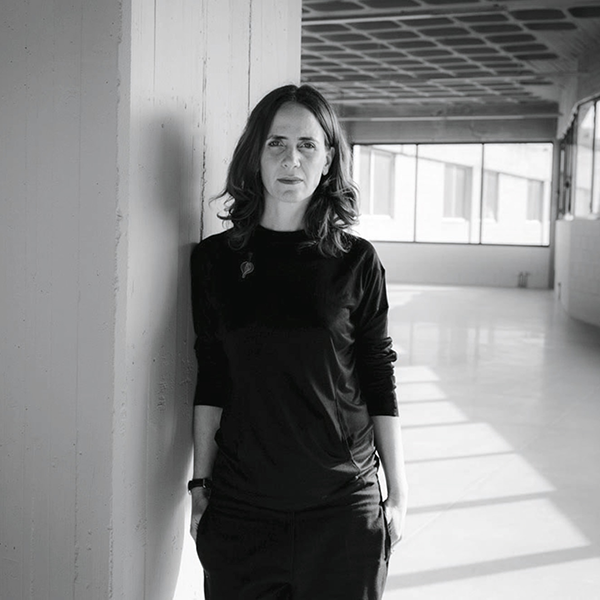 Designer
Karen Chekerdjian’s trajectory into designing was unsystematic, comprised of a combination of practical experience in various creative fields and endeavours. Her practical beginnings were in advertising, working in both film and graphic design at Leo Burnett Beirut (1991), and as a co-founder of one of the first branding companies in the Middle East.
Karen moved to Milan in 1997 to pursue a master’s degree in industrial design at DOMUS academy, under the guidance of Massimo Morozzi, a founder of Archizoom. She continued to work with Morozzi at EDRA, where he was Art Director, in what effectively became a seminal and formative four-year mentorship (1997-2000). Mobil, a suspended hangar system and her first actualised work, was produced and distributed by the furniture company (1999).
Less interested in making products, Chekerdjian used her time in Italy to experiment and explore the extensions and limitations of her art. She began to question what have become somewhat rigid assumptions regarding function, form, and meaning.
Unknown to her then, Karen began developing potentials for dialogue and narrative – a language of designing – rather than focusing on creating a particular style. The ambiguity of her pieces, their ability to take on new functions in varied context and through different interpretations, in retrospect, became a continuous thread in her work. Her creations have been showed in several museums, foundations, galleries and international fairs. Her famous “Totem” is part of the permanent collection of the Musée des Arts Décoratifs in Paris.

Inside Out Candle Holder

Inside Out Fruit Basket

Inside Out Dining Table